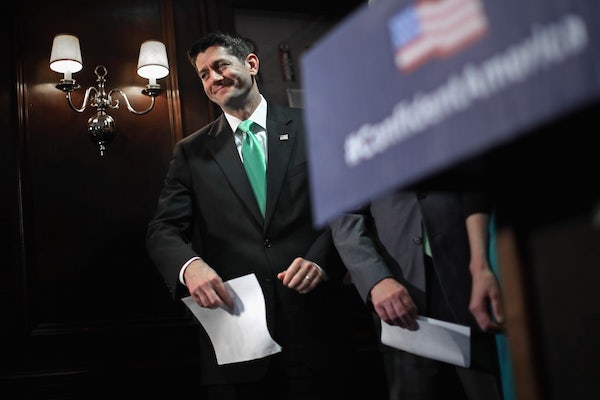 The press will believe anything Paul Ryan says, except this one thing.

The speaker of the House has repeatedly denied having any interest in the Republican presidential nomination, but party insiders and the media refuse to drop the issue. As recently as last week, Republican sources were eagerly placing Ryan’s chances of securing the nomination at better than 50 percent.

On Tuesday, ahead of a planned speech in which he will yet again deny any interest in the nomination, CNN and others ran stories with headlines like “Paul Ryan to rule out presidential bid” and “Paul Ryan to formally rule out White House bid,” as if Ryan’s prior assurances were somehow meaningless.

But if Ryan says he “intends” to rollout an anti-poverty program or an alternative to ObamaCare, despite never following through on such promises? Then the press takes him at his word.