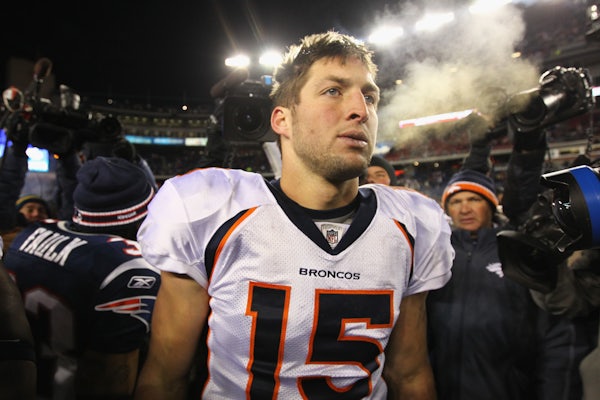 UPDATED: Donald Trump wanted Tom Brady and Ben Roethlisberger to speak at the RNC and got Tim Tebow.

The RNC speaker list is out and it is what you would expect—which is to say that it is a truly glorious document. It is still a national convention, however, so there is a fair amount of what you would expect: Rudy Giuliani, fresh off saying that black children have a 99 percent chance of killing each other, will speak, as will senators Tom Cotton and Jodi Ernst, and governors Scott Walker and Mary Fallin.

But the organization of the RNC may be its most Trump-ian quality. Each night will be devoted to a Republican conspiracy theory du jour: The first night will focus on Benghazi, and Trump hopes that other parts of the convention will touch on “former President Clinton’s infidelities.”

Other speakers include Peter Thiel, who is trying to bankrupt Gawker, UFC president Dana White, all of Trump’s adult children (of course), and Eileen Collins, who was the first woman to command a space shuttle. But it’s Tim Tebow’s inclusion that best explains the field. Trump had hoped for a star-studded “A-list” convention, but has proceeded to alienate everyone within the “A-list” of both his own party and the outside world. Tebow is arguably the biggest star on the roster and he hasn’t thrown a pass in four years.

Update: Tim Tebow says he’s not actually speaking at the RNC. I wake up this morning to find out I’m speaking at the Republican National Convention. It’s amazing how fast rumors fly. And that’s exactly what this is: a rumor,” Tebow said on Thursday.