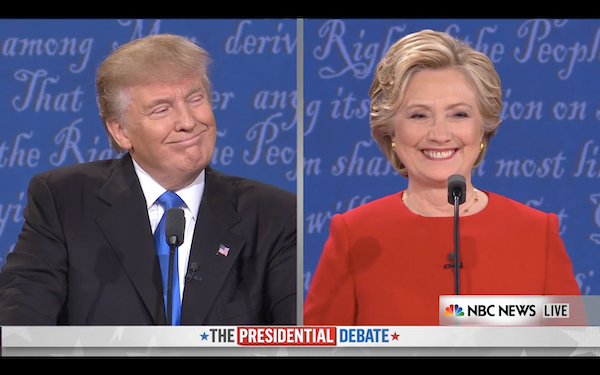 After groaning at Hillary Clinton’s description of “vibrant black communities,” Trump continued to insult minorities by citing his “successful” Mar-a-Lago Club in the “tough community” of Palm Beach, which he described as “probably the wealthiest community in the world” (huh?), as evidence that he is non-discriminatory. In reference to the systemic racism of the American real estate industry and a non-discrimination suit that he settled with no admission of guilt (not the best look), he added simply, “It’s just one of those things.”

While it’s true that his friends and allies credit him for having employees of all races, his non-discriminatory practices in a singular business institution isn’t fooling anyone that he will heal racial divides.