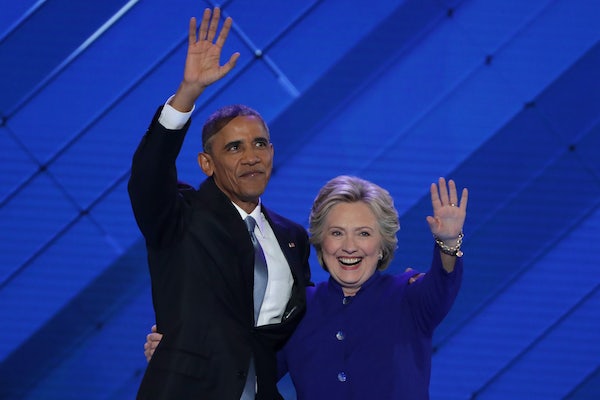 When will Democrats realize that black Americans are more than just their votes?

During an interview on the Tom Joyner Morning Show on Wednesday morning, President Barack Obama near scolded African-Americans for their low early-voter turnout. “I’m going to be honest with you right now ... but the African-American vote right now is not as solid as it needs to be,” he said, according to Politico.

With six days left until Election Day, Democrats and Obama are desperate to energize the black vote. Last week, the Clinton campaign released an ad called “Barbershop,” featuring black voters in barbershops and hair salons discussing why they are voting for Hillary. But Obama’s comments reflect a troubling truth about how politicians, both Democratic and Republican, have historically treated black voters.

In a poignant piece, The New York Times Magazine’s Nikole Hannah-Jones points out that, while liberals are quick to condemn Trump and the Republican Party’s rhetoric about black Americans, too often Democrats are guilty of employing a similar version of that rhetoric, particularly when it comes to responsibility politics and shaming black communities for their own woes. But black voters are stuck when it comes to options:

Since first securing the right to vote, black Americans have had to be single-issue voters — and that single issue is basic citizenship rights. Maintaining these rights will always and forever transcend any other issue. And so black Americans can never jump ship to a party they understand as trying to erode the hard-fought rights black citizens have died to secure.

This predicament has led to a complacency and lack of consideration for issues concerning black voters. When Obama evokes his legacy as a reason to vote (“If you really care about my presidency and what we’ve accomplished, then you are going to go and vote”), he fails to acknowledge his own shortcomings when it comes to improving the lives of black Americans. It conforms to the disappointing standard that fails to see black citizens as more than their votes.