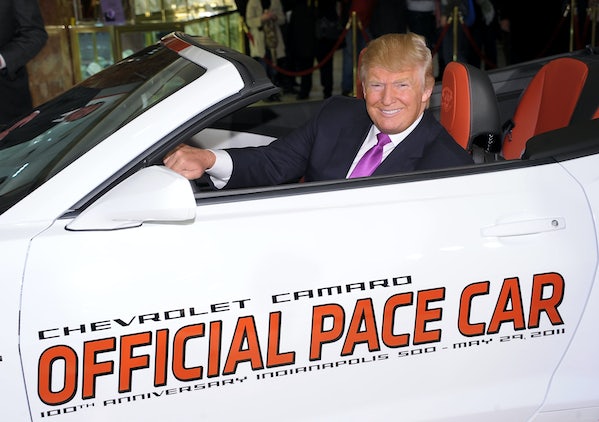 Trump’s lies about keeping a Ford factory in America are a scary indication of where his presidency is headed.

On Thursday evening, Trump took to Twitter to congratulate himself for keeping American jobs in America:

But there is a problem. The Ford plant in question was never slated to close or move in the first place. Instead, Ford was planning to move a production line of a single model—the Lincoln MKC—to Mexico. Despite Trump’s tweets, we have no idea as to why the company decided to keep the line in Kentucky. Ford invested over a billion dollars in Kentucky only last year and has repeatedly said—at times directly contradicting Trump—that it has no plans to close any U.S. plants at this time.

Trump knows exactly what he’s doing here. His victory lap, despite being misleading, was widely reported as fact, even by reputable outlets like Reuters and The Wall Street Journal. Americans’ view of the economy is highly partisan, which helps explain the drastic shifts in polling about the economy after the election along partisan lines. We have ever sign that any good economic news will be spun by Trump as proof that his strongman ethos is working and any bad news will be blamed on scapegoats. (We also have a pretty good sense as to who those scapegoats will be.)

But perhaps the most troubling thing, as Josh Marshall pointed out on Twitter, is that Trump’s lying also shows that he is highly susceptible to being manipulated by others.

Powerful people and interests—corporations, certainly, but also other countries—surely know this and they’ll undoubtedly try to use it to further their own ends come January 20.