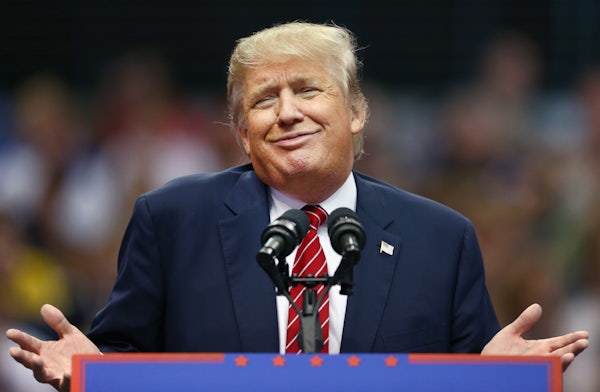 Donald Trump is trying to lie his way out of the Russian dossier controversy and it might just work.

Late Wednesday night, Director of National Intelligence James Clapper released a statement about the bombshell reports published by CNN and BuzzFeed that both hinged on a dossier of unconfirmed allegations regarding Trump’s relationship to Russia. Referring to a conversation with Trump, Clapper said that he “expressed [his] profound dismay at the leaks that have been appearing in the press,” and that he and Trump agree the leaks are “extremely corrosive and damaging to our national security.”

But that wasn’t the entire statement. Here’s the meat:

We also discussed the private security company document, which was widely circulated in recent months among the media, members of Congress and Congressional staff even before the IC became aware of it. I emphasized that this document is not a U.S. Intelligence Community product and that I do not believe the leaks came from within the IC. The IC has not made any judgment that the information in this document is reliable, and we did not rely upon it in any way for our conclusions. However, part of our obligation is to ensure that policymakers are provided with the fullest possible picture of any matters that might affect national security.

But here’s what Trump tweeted about their conversation early Thursday morning:

This is not at all what Clapper’s statement says. He didn’t denounce the report as “false and fictitious,” but instead denounced its publication. He did not say it was “illegally circulated” because it was not illegally circulated—Trump regularly and ominously refers to leaks as “illegal” when they have First Amendment protections. He does not say that the items in the report are “made up” or “phony” just that he doesn’t know how credible they are.

Trump and his team’s strategy is to conflate CNN’s careful reporting with BuzzFeed’s publication of the dossier, which contained the “golden showers” allegation. They are using the salacious report to undermine the more careful and credible one. Similarly, Trump and his team are twisting the nature of the report to dismiss it as “fake news.” But if even some of the allegations in the dossier can be proved, that changes everything.