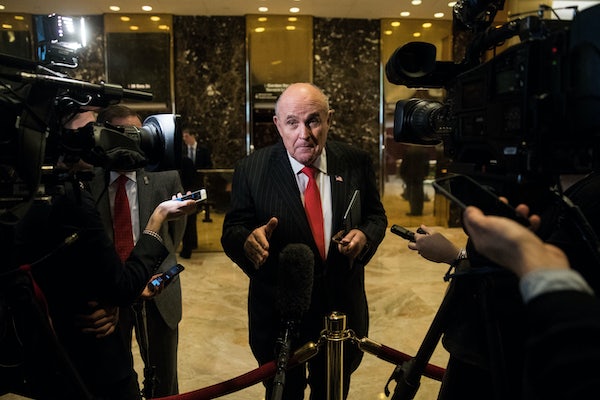 Rudy Giuliani doesn’t know what a free press is.

Yet it was Giuliani, telling war stories about insults he used to hurl at reporters when he ran city hall, who had the most galling assessment of Trump’s behavior. “It is refreshing and it is very good for our democracy that we have a president that it trying to get us back to the free press,” the former mayor said.

This, of course, is straight-up Orwellian—four-legs-good-two-legs-better stuff. Trump’s contempt for the free press is unprecedented in modern presidential politics. He blacklisted a host of leading news organizations during his campaign and threatened to “open up” libel laws to sue them for coverage he dislikes, though experts say he’d have a real hard time doing it. In general Trump has no respect for the rights of reporters to tough questions—and, indeed, cover him critically—without repercussions.

The question is how much this will bother Americans in the next four years. Trust in the press is at a historic low, and the Sean Hannitys of the world have been whipping up conservatives against the media for decades. They finally have a president willing to do the same.