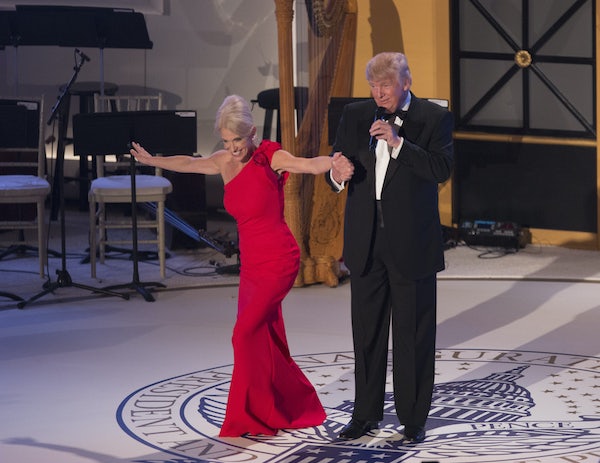 Good morning! Donald Trump will have the nuclear codes shortly.

It’s been two months since Election Day and it still doesn’t feel quite real. Trump will place his hand on the Lincoln Bible at noon and become our 45th president. We know relatively little about what will follow. We do know—metaphor alert—that it’s supposed to rain while Trump gives his inaugural speech.

Trump has promised that his speech will be short—it will reportedly only last 20 merciful minutes, which is surprising given the length of some of Trump’s other written speeches. According to Axios Presented By Bank of America, which had some hot scoops this morning, the speech will convey “that a nation and its people and its affairs are like a family and you need to take care of them.” Stirring stuff.

As for the parade, looks like we might be getting a spectacle straight out of Pyongyang. According to an interview Trump did with The Washington Post, that’s what he wants. The military “may come marching down Pennsylvania Avenue. That military may be flying over New York City and Washington, D.C., for parades. I mean, we’re going to be showing our military.” One source told HuffPo, “They were legit thinking Red Square/North Korea-style parade.”

But all this is ultimately secondary to the sheer fact of what will happen. Donald Trump will become our 45th president, and his inauguration will be traumatic for millions of Americans. Trump is utterly unprepared for the rigors of the presidency and he will undoubtedly be tested very early in his term. He has never held government office and his businesses have always been run as a fiefdom. The fact that he has no perspective on some of the most divisive political issues in this country was undoubtedly a boon during his campaign, but it is not something he can sustain while in office. He lies about anything and everything and will continue to do so after he’s inaugurated. We’re through the looking glass now.