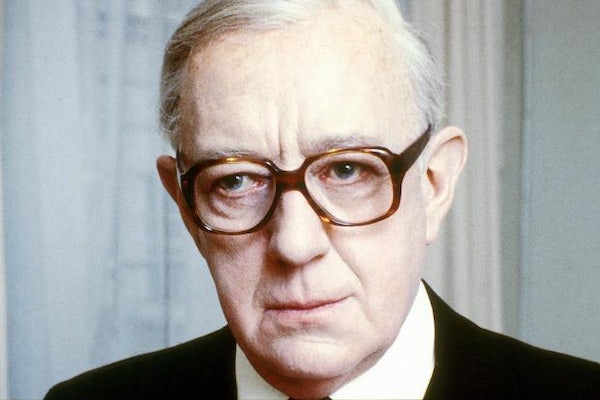 George Smiley is back and not a moment too soon.

The Associated Press reports that John le Carré will publish a new George Smiley novel, the uncharacteristically poorly titled A Legacy of Spies, this September. It will be narrated by Smiley’s ally Peter Guillam, who has been brought out of retirement to clean up a mess—perhaps le Carré’s favorite device. “His Cold War past has come back to claim him,” Viking said in a statement. “Intelligence operations that were once the toast of secret London, and involved such characters as Alec Leamas, Jim Prideaux, George Smiley, and Peter Guillam himself, are to be scrutinized under disturbing criteria by a generation with no memory of the Cold War and no patience with its justifications.” Smiley is now presumably 117 years old. (For the uninitiated, le Carré’s Smiley novels are Harry Potter for self-serious people.)

The last (and weakest) Smiley novel, The Secret Pilgrim, was published 25 years ago, but A Legacy of Spies seems to have been written for this political moment. The Smiley books are pretty much entirely about the functioning of the deep state—how it both undergirds and fundamentally contradicts democracy—which has been a major theme of the early months of Trump’s presidency.

Also, George Smiley is a cuck, which can only make him more relevant.