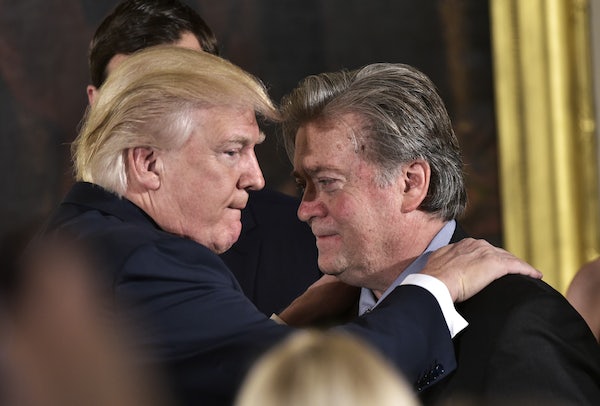 Borrowing from the Soviet playbook, Trump has commissars monitoring his cabinet secretaries.

The Soviet state used to have officials known as politruk (or political commissars) tasked with monitoring government and military officials to make sure they followed the ideological line. The Trump administration is bringing this system of dual government to the United States. As The Washington Post reports, the Trump administration has created a shadow government of officials titled “White House advisors” who are sent to work with the cabinet secretaries. These officials work closely with the White House and are responsible for making sure cabinet members are staying loyal to the president. As the Post observes:

The political appointee charged with keeping watch over Environmental Protection Agency Administrator Scott Pruitt and his aides has offered unsolicited advice so often that after just four weeks on the job, Pruitt has shut him out of many staff meetings, according to two senior administration officials.

At the Pentagon, they’re privately calling the former Marine officer and fighter pilot who’s supposed to keep his eye on Defense Secretary Jim Mattis “the commissar,” according to a high-ranking defense official with knowledge of the situation....

This unorthodox move could be part of the promised “deconstruction of the administrative state” that Trump’s senior adviser Steve Bannon promised. After all, what could be more deconstructive than a state set up to cannibalize itself?

Or it could be a sign that Trump doesn’t trust the very people he appointed to his cabinet.