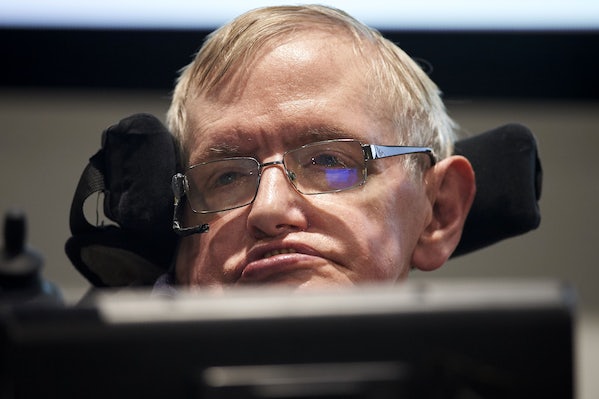 In an interview with Piers Morgan on Monday, the world-renowned astrophysicist made some headline-grabbing criticisms of the president. The one that grabbed the most headlines was Hawking’s claim that he no longer feels welcome in America under the Trump administration. “I would like to visit again and to talk to other scientists, but I fear that I may not be welcome,” he said.

The statement was notable. Hawking is both a scientist and a non-American—two things to which Trump has been hostile. But it wasn’t the most newsworthy part of the interview. Plenty of scientists have expressed fear and alarm about Trump’s rhetoric. That’s why millions of scientists are expected to march on Washington and other locations around the world next month.

The most unusual part of the interview was Hawking’s explicit call for Trump to “replace” Scott Pruitt as head of the Environmental Protection Agency. “Climate change is one of the great dangers we face, and it’s one we can prevent,” Hawking said. “It affects America badly, so tackling it should win votes for [Trump’s] second term, God forbid.” Pruitt, whose agency is supposed to regulate carbon emissions, went full-on climate denier earlier this month.

This isn’t the first time large media outlets have passed over Hawking’s dire warnings about climate change in favor of his juicier, more personal claims about the president. Last year, Hawking called Trump a “demagogue.” In the same interview, he also said that Trump posed less of a threat than the “more immediate danger” of “runaway climate change,” before explaining the long-term detrimental effects of excessive greenhouse gas emissions. Still, most major outlets focused on Hawking’s perfunctory insult, rather than his professional opinion on climate change. But Hawking is a scientist, not a pundit. The news media’s choices should reflect that.