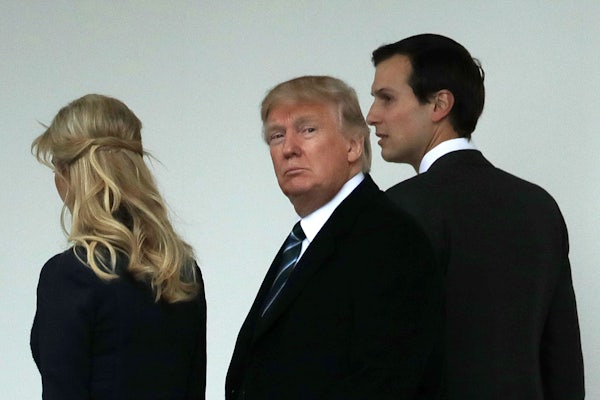 Why can’t Trump make up his mind about the Paris Agreement?

Top administration officials were supposed to meet today to discuss whether the U.S. should pull out of the Paris Agreement, the landmark international accord to keep global warming at manageable levels. But the meeting was cancelled, prolonging the argument within the White House. (The meeting has yet to be rescheduled.)

Under the accord, the U.S. has pledged to reduce its carbon emissions by 26 to 28 percent of 2005 levels by 2025. But that pledge is non-binding: The U.S. doesn’t have to do anything. Most observers accept that President Donald Trump isn’t going to fund efforts to reduce global warming; Mick Mulvaney, Trump’s budget director, said as much last month. Trump could refuse to spend a penny on climate change, and still remain in the Paris Agreement. He could also amend the agreement to relax America’s aggressive targets.

“Given all that,” a Washington Post editorial argued last month, “leaving Paris would be nothing more than a gratuitous thumb in the eye of practically every important nation on the planet, a bizarre and irrational unforced error.” Diplomatic relations with other countries would sour. U.S. corporations would lose incentives to decarbonize, and China would become the world leader in low-carbon innovation. There are no fiscal downsides to staying in the agreement, but countless downsides to exiting it.