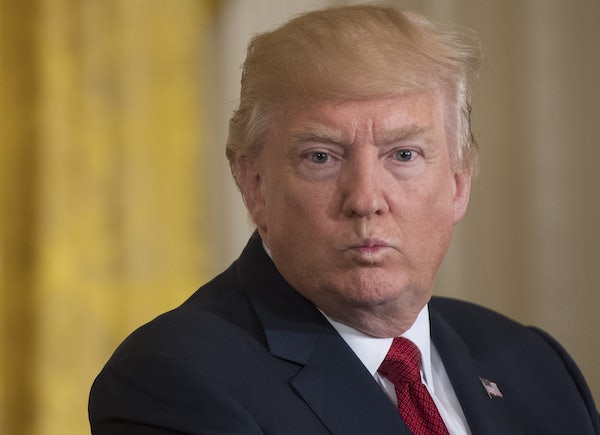 Trump is freaking out about his first 100 days.

On his 100th day in office, next Friday, the government could be shut down, which would be a fitting metaphor. And, with no movement on health care, infrastructure, and tax reform, Trump will almost certainly hit that milestone without a legislative accomplishment. Considering that his signature executive orders have been both horrific and blocked by courts, and that his young presidency has largely been defined by infighting and incompetence, Trump is facing a rash of negative press coverage—and what will likely go down as one of the least effective first 100 days in presidential history. His team is very well aware of this and it has spent the last week trying to get ahead of the negative coverage with spin. On Friday, Trump tried his hand at making the case that, actually, everything is fine:

This tweet characteristically tries to have it both ways: The first 100 days is silly! But also I’ve done so much! To an extent, he’s not wrong on the first count: The first 100 days is a pretty silly construct. (Why not 50 days? Or 150?) But, as I wrote yesterday, it is a pretty good measure of an administration’s momentum and how well it utilizes the political capital it earned in the election—and by both of those standards, Trump’s first 100 days have been historically bad.

Trump points to his only real accomplishment, which is barely an accomplishment at all—Trump’s justice would’ve been confirmed so long as he didn’t nominate Omarosa. (Furthermore, Republicans had to blow up the filibuster to do it.) That’s not to say that confirming Neil Gorsuch isn’t huge—he could be on the Supreme Court for the next four decades, retiring only when the average global temperature has hit 113 degrees and we all live under the dome. But it also underscores how little Trump has gotten done and how desperate the administration is to suggest otherwise.