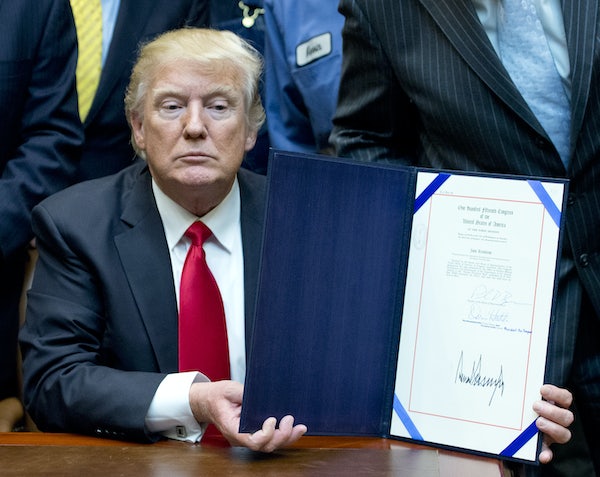 A day after implying he could’ve prevented the Civil War through The Art of the Deal, Donald Trump woke up and let the world know he got rolled by a Congress his own party controls.

Tantrum Trump is the most incoherent Trump, but the most plausible meaning of these tweets is that he thinks a government shutdown would help Republicans get their way in Congress later this year, or win 60 Senate seats next year, and that if Mitch McConnell and his members disagree, they should abolish the filibuster. His budget director, Mick Mulvaney is apparently on board.

Suffice it to say these are all great ideas.

It is extremely likely that Trump’s Twitter incontinence has poised him to capitulate as humiliatingly as possible once again. After all, if he thought a shutdown would help him get his way, he could have vetoed the spending bill he just signed, and tested the hypothesis. Come October, shutdown or no shutdown, he will still lack the leverage to extract concessions from Democrats and will either fold, or not have a working government for the rest of his presidency, or Congress will fund the government over his veto.

Even if we imagine for argument’s sake that Senate Republicans succumb to pressure and abolish the filibuster (something McConnell has vowed not to do) we have just learned that Republicans can’t get government spending legislation through the House without Democratic votes. They also very likely lack the capacity to pass a partisan spending bill with 51 votes in the Senate. So that wouldn’t avert a shutdown anyhow.

Taking this all together, count me an enthusiastic supporter of Trump’s plan to abolish the filibuster for the purpose of passing nothing, then riding out the next three and a half years as the first president in history to have shut down his own government—and having zero wins to show for it.