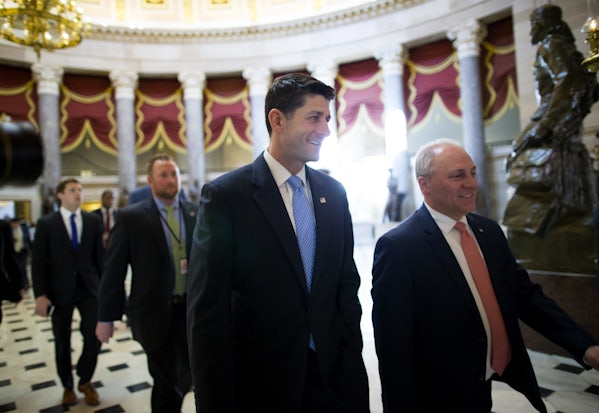 Why isn’t conservative media celebrating the repeal of Obamacare?

By any measure, the passage of the AHCA in the House is, to paraphrase Joe Biden, a big freaking deal. Obamacare has dominated politics for the better part of a decade and this opens the door to full replace-and-repeal. The mood among Republicans on the Hill is appropriately jubilant, with beer flowing in fulfillment of the undergraduate dreams of Paul Ryan. But conservative media, which has focused endless articles on the iniquity of Obamacare, has been strangely muted.

National Review has no articles about the passage on its front page, instead focusing on a ranking of the Star Wars movies (it is May Fourth, admittedly) and James Comey’s testimony yesterday. Breitbart does have an article on the news, but most of its headline is taken up with the reaction of the Democrats. It seems that, for Breitbart, anger at the Democrats is stronger than any elation at the passage of the bill, which will likely kick millions of people off health insurance.

The same tack was taken by The Daily Caller, where a small amount of space is given to the repeal, while the rest of the site is swamped by articles blasting Dianne Feinstein, Elizabeth Warren, George Soros, and, bizarrely, Paul Begala. (Matt Drudge is the exception who proves the rule.) If the conservative media is any guide, there seems little enthusiasm on the right for the AHCA on its own terms, but there’s still an appetite to stick it to the Democrats.