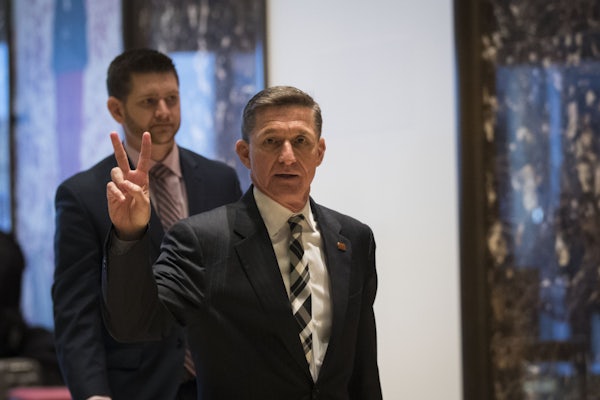 Robert Mueller is looking into allegations that Michael Flynn plotted a kidnapping.

There have been longstanding reports, fuelled by testimony from James Woolsey, a former Trump adviser and onetime CIA director, that Trump’s first national security advisor wanted to kidnap Fethullah Gulen, a Turkish dissident living in the United States, and return him to his native country. The story of the kidnapping plot seemed too amazing to be true, more like something a gangster would do than a high government official.

But The Wall Street Journal is reporting that Robert Mueller is now investigating these allegations:

Special Counsel Robert Mueller is investigating an alleged plan involving former White House National Security Adviser Mike Flynn to forcibly remove a Muslim cleric living in the U.S. and deliver him to Turkey in return for millions of dollars, according to people familiar with the investigation.

Under the alleged proposal, Mr. Flynn and his son, Michael Flynn Jr., were to be paid as much as $15 million for delivering Fethullah Gulen to the Turkish government, according to people with knowledge of discussions Mr. Flynn had with Turkish representatives. President Recep Tayyip Erdogan, who has pressed the U.S. to extradite him, views the cleric as a political enemy.