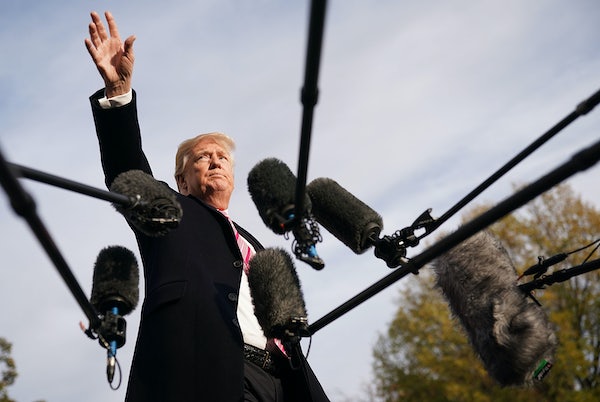 Today is the 54th anniversary of the assassination of John F. Kennedy. The Republican tax bill is heading toward a crucial vote in the Senate. A Navy aircraft crashed in the Pacific. It is the day before Thanksgiving, a time for reflection and charity. And Donald Trump woke up early to tweet about how LaVar Ball and NFL players protesting police brutality are ungrateful.

There is a lot going on here, particularly given that these tweets were sent out between 5 and 6am. Trump is blatantly overstating the role he played in the release of LiAngelo Ball and two other UCLA players, who were arrested for shoplifting in China. As New York Times China correspondent Joe Kahn pointed out on Twitter, “China may have an ugly record on criminal justice, but it rarely incarcerates foreigners, and certainly wouldn’t want U.C.L.A. basketball stars in Chinese prison.” Trump further seems to have confused LiAngelo Ball with his brother Lonzo, who plays for the Los Angeles Lakers—LiAngelo’s arrest would not have imperiled Lonzo’s NBA contract. That Trump continually brandishes the fact that shoplifting carries a sentence of five to ten years in prison is also odd, given that he appears to think that this is a reasonable sentence and not a reflection of China’s harsh criminal justice system.

But all of that is really beside the point. Trump is doing two unsettling things in these tweets. First, he’s exaggerating an action he took as president in order to demand personal loyalty from LaVar Ball, who has rightfully questioned the role Trump played in LiAngelo’s release. But more importantly, he’s pushing this feud for seemingly no other reason than that LaVar Ball is black and ungrateful. Calling Ball an “ungrateful fool” and comparing him to Don King is barely a dog whistle—Trump (who is actually a poor man’s Don King, with the hair) is stoking this feud precisely because of its racial context. If that subtext wasn’t lost on anyone, Trump followed up these tweets by going after ungrateful (and black) NFL players: