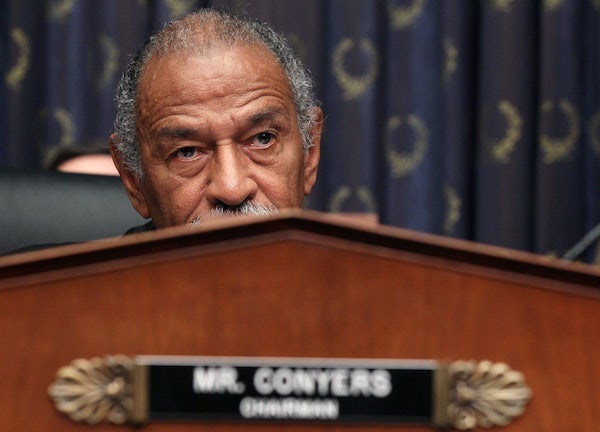 Weeks after BuzzFeed News reported allegations of sexual harassment, Conyers formally announced his retirement on Tuesday morning. The 88-year-old, who served as the Democratic Party’s dean, attributed the decision to his health, but he did refer to the charges against him. “My legacy can’t be compromised or diminished in any way by what we’re going through now. This too shall pass,” he said this morning.

If Conyers hadn’t allegedly propositioned, groped, and verbally abused his staffers, perhaps his legacy would be contained to his civil rights work and his tireless defense of Medicare for All. But Conyers still won’t account for the harm he’s inflicted on his victims, which means his legacy will include that, too.

Conyers has also endorsed his son as his replacement:

That sets up a family conflict between Conyers’s son and his grand-nephew, who also announced his intention to run for the seat. It appears his constituents may be in for a public family feud as well.