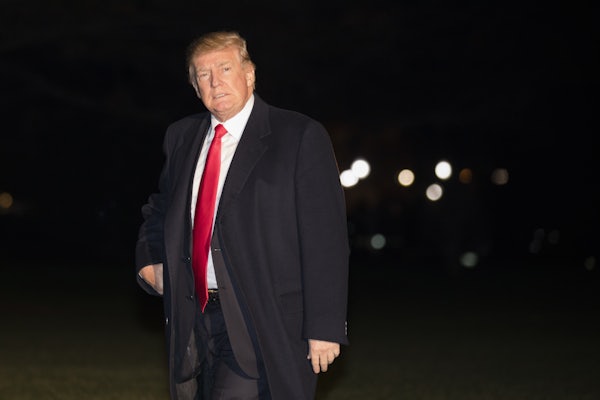 Is Donald Trump’s #MeToo immunity coming to an end?

One of the ironies of this moment is that Trump’s election played a crucial role in instigating the flood of sexual misconduct allegations that have rocked workplaces across the country. But Trump himself, who has been accused of misconduct by 19 women, has largely avoided scrutiny and consequences. That may be changing.

On Monday, three women who have accused Trump of sexual harassment and assault appeared on Megyn Kelly Today and at a news conference to tell their stories.

“This was serial misconduct and perversion on the part of Mr. Trump. Unfortunately, this behavior isn’t rare in our society, and people of all backgrounds can be victims. The only reason I am here today is that this offender is now the president of our country,” said Rachel Crooks, who accused Trump of kissing her without her consent in 2005.

Samantha Colvey, who says that Trump walked in on her while she was changing before a Miss USA pageant, said it was “heartbreaking” to watch Trump be elected president after she spoke out about his actions. But she’s hoping that, in the post-Weinstein moment, things will be different. “The environment’s different. Let’s try again.”

In a statement following the Megyn Kelly appearance, the White House, which has insisted that all of the 19 women are lying, reiterated its position:

Trump, meanwhile, has reportedly been casting doubt on the authenticity of the sexual misconduct allegations against Alabama Senate candidate Roy Moore.