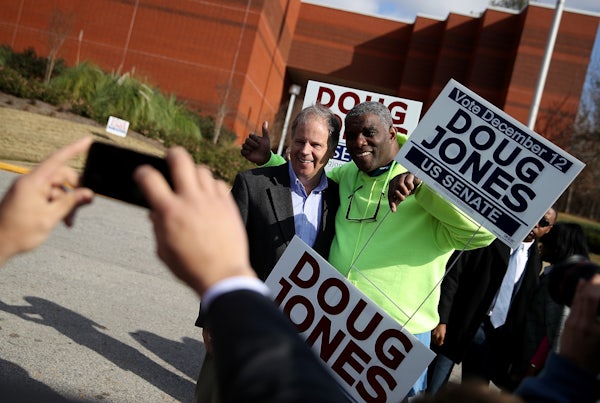 Beware the “black voters are superheroes” narrative from Alabama’s election.

Doug Jones would not have become Alabama’s junior senator without a surge in turnout from black voters. Exit polls show that a full 96 percent of black voters went for Jones, overcoming onerous voter ID laws and stereotypes about political apathy to hand Democrats a major upset. In the aftermath, these voters were hailed as saviors on social media and elsewhere, as if they had stood in line to make right what was wrong with America.

But lost in this heroic narrative are the actual reasons why black Americans vote. As The New Yorker’s Doreen St. Felix pointed out:

They certainly didn’t show up at the polls as a favor to Jones and the Democrats. Charlene Carruthers, the national director at the activist organization Black Youth Project 100, captured a frustration with a party that is clearly dependent on black voters, but often ignores what they are actually asking for.

In Alabama, the stakes for black residents couldn’t be higher. They want more than a fair shake in life: They want the government to do something about the state’s extreme poverty, which has seen a rise in the previously eradicated disease hookworm, bogs of raw sewage, and calamitous effects on health care. Republican attempts to dismember Obamacare have been hugely unpopular with those who rely on the program and Alabama is no exception to the rule. Now, it’s on the Democratic Party to engage meaningfully with black voters, lest it wrongly assumes they will continue to turn out for Democrats out of the good of their hearts.