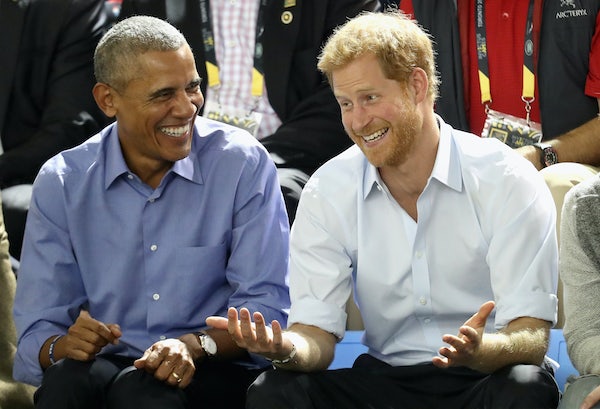 The former president’s first interview since leaving office was recorded nearly a year after the election of President Donald Trump—and yet, Obama is still refusing to speak directly about his successor. In a nearly 40-minute conversation with Prince Harry, broadcast on BBC Radio 4 on Tuesday but recorded in September, Obama characteristically avoided mentioning Trump by name. And when he spoke indirectly of Trump, he did not sound alarmed.

Discussing social media, Obama said platforms like Twitter are making it so “people can have totally different realities ... cocooned in information that reinforces their current biases,” and added that it’s “harder to be as obnoxious and cruel in person” as it is on the internet. Obama also rejected the notion that people should be pessimistic about the state of the world under Trump. “If I had to choose any time in history to be born, I’d choose now,” Obama said.

The closest the former president came to criticizing Trump was when Prince Harry asked how he felt when he passed the baton to the new president. Obama admitted he had “concerns about how the country moved forward,” then added, “But, over all, there was serenity there.” That’s an odd way to describe the very moment he handed over eight years of work to Trump, whose platform was to tear down everything Obama had built. Serenity is certainly not what most Obama supporters, and even many Republicans, felt at that time—or still to this day.