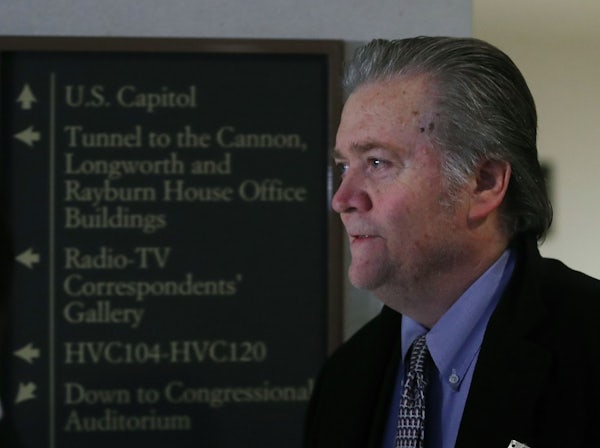 Bannon, who ran Trump’s campaign in the election’s final months, had largely avoided the scrutiny of investigators until now. But his remarks to journalist Michael Wolff, revealed earlier this month, may have caught Mueller’s attention. He reportedly said that Donald Trump Jr.’s Trump Tower meeting with a Russian lawyer during the election was “treasonous,” and predicted the entire affair would end with money-laundering charges against other Trump confidantes. After those quotes became public, Bannon received a direct personal rebuke from Trump and was forced to step down from running Breitbart News. News of the grand jury’s subpoena broke as he testified before the House Intelligence Committee on Tuesday morning.

Mueller, a veteran prosecutor, has so far used less formal interviews to question current and former Trump advisors, so it’s also unclear why he opted for a grand jury in this instance. If it’s a bargaining chip for negotiations with Bannon, as the Times suggests in its report, it may be an effective one. Those who’ve testified before a grand jury during the high-stakes Washington scandals of yore describe it as a grueling, secretive process, one during which even their own lawyers can’t be present. To avoid that interrogation, Bannon might have to give Mueller something in return.