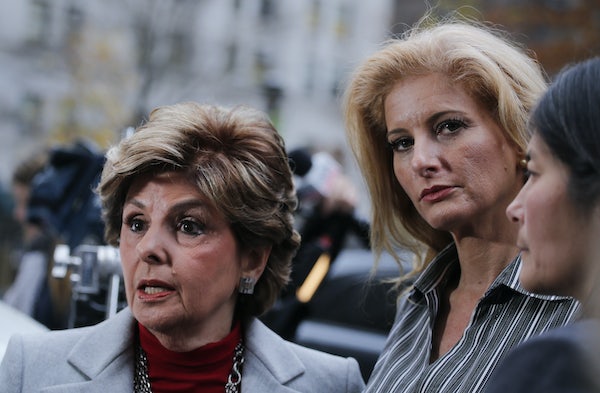 Trump can be personally sued in state court while he’s president.

A New York Supreme Court judge has denied President Donald Trump’s request to dismiss or delay a defamation lawsuit brought by one of the multiple women who have accused him of sexual misconduct.

Summer Zervos, a former Apprentice contestant, sued Trump in January 2017 for repeatedly describing her as a liar on the campaign trail. She told the court that she suffered emotional damage and financial losses as a result of his attacks on her reputation. Trump and his lawyers argued in December that allowing the case to proceed in New York’s courts would violate the Constitution’s supremacy clause. Placing a sitting president at the mercy of a state court would raise serious federalism concerns, they warned.

Judge Jennifer Schecter rejected that argument on Tuesday. “No one is above the law,” she wrote in an 18-page opinion. The U.S. Supreme Court previously held in the 1997 case Clinton v. Jones that a sitting president isn’t immune from civil lawsuits in federal courts pertaining to his non-official conduct; Schecter ruled that the high court’s logic applied to cases in state courts as well.

Zervos, who came forward in October 2016, alleged that in 2007 Trump “grabbed my shoulder and began kissing me again very aggressively and placed his hand on my breast” without her consent. In stump speeches, Trump described the allegations made by Zervos and others as “100 percent fabricated and made up charges” and accused the women of seeking fame or acting at the behest of the Clinton campaign.