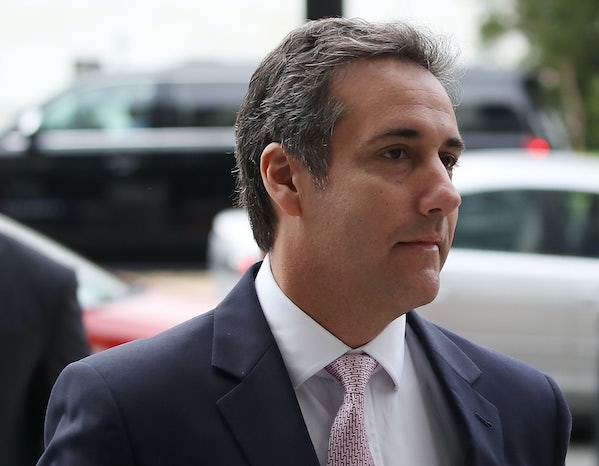 Why did the FBI raid the office of Trump lawyer Michael Cohen?

The New York Times reported on Monday that federal agents seized “records related to several topics including payments to a pornographic-film actress,” presumably referring to the $130,000 payments Cohen made to Stephanie Clifford—who is known professionally as Stormy Daniels—during the 2016 campaign. According to the Times, the search warrants were obtained by the federal prosecutor in Manhattan after receiving a referral from special counsel Robert Mueller.

Executing a search warrant against any attorney’s office, let alone a personal lawyer for the president of the United States, is no small matter. Attorney and legal blogger Ken White noted that the federal guidelines require prosecutors to seek approval from the Justice Department’s upper echelons before applying for a warrant targeting a lawyer’s office. That DOJ officials approved the raid suggests that the U.S. attorney’s office in Manhattan had an extremely good reason to search Cohen’s workplace.

This is the first public indication that Cohen is involved in a federal investigation that’s unrelated to Mueller’s inquiry into Russian election meddling. The Washington Post reported last month that Mueller had requested documents and other materials related to Russian interference, but added that there was “no indication” that Cohen is a subject or target of the special counsel’s investigation.

That’ll likely come as little relief to Cohen himself as he now faces a federal investigation of his own. One possible avenue of inquiry for federal prosecutors is whether the president compensated Cohen for the $130,000 payment to Clifford during the 2016 campaign as part of a non-disclosure agreement about her alleged past sexual liaisons with Trump. If he wasn’t reimbursed, Cohen may have run afoul of federal campaign-finance laws, since the payment could be considered an in-kind donation to Trump’s campaign beyond the individual legal limit.