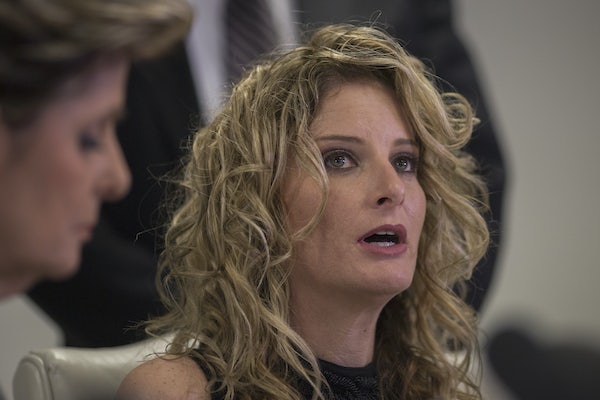 A defamation lawsuit against Trump moves one step closer to the dreaded discovery phase.

The New York Supreme Court, the state’s second-highest appeals court, rejected President Donald Trump’s bid to block a lawsuit by Summer Zervos, a former Apprentice contestant who claims he sexually assaulted her and then defamed her.

Trump can still appeal to the New York Court of Appeals. But failing another court’s intervention, the ruling opens the door for Zervos to begin gathering evidence as part of her lawsuit. Those efforts would likely include subpoenas for Trump Organization documents about Trump’s alleged misconduct with women as well as a potential sworn deposition in the matter. Both circumstances could expose Trump to new angles of legal scrutiny beyond what he’s already facing in the Russia investigation.

Zervos is one of 19 women who have accused President Donald Trump of sexual misconduct, telling reporters in October 2016 that Trump aggressively kissed and groped her during a 2007 encounter. Trump dismissed Zervos and the other women as liars during his presidential campaign. Shortly before Trump’s inauguration, Zervos sued him for defamation of character, claiming that his repeated denunciations had damaged her reputation and professional prospects.