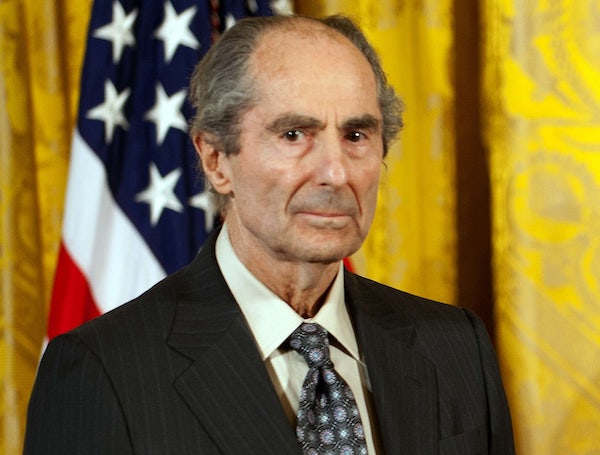 The writer, who died Tuesday at 85, had a checkered history with America’s foremost Jewish literary magazine. Commentary published his first story for a national outlet, “You Can’t Tell A Man By the Song He Sings,” in 1957, and continued to publish him for years, including two of his most important essays: “Writing About Jews” and “Writing American Fiction,” both manifestos detailing his literary agenda.

But starting in the late 1960s, the writer and the magazine took different paths. With his career-making novel Portnoy’s Complaint (1969), Roth emerged as a savagely funny satirist of American mores and celebrator of the male libido. The novel appeared at the very same time that Commentary, under the editorship of Norman Podhoretz, moved politically to the right. In a wounding polemic, Irving Howe attacked Roth for his vulgarity. Roth responded by satirizing Howe and the magazine as stuffy hypocrites in his 1983 novel The Anatomy Lesson.

Not even Roth’s death has ended the feud. On a Commentary podcast on Wednesday, editor John Podhoretz continued the war that his father had launched. He lambasted Roth’s essay “Writing American Fiction” as “one of the most sheerly anti-American, violently anti-American things ever written.” Aside from American Pastoral, which Podhoretz reads as a defense of bourgeois life, he has little use for Roth. “There is nothing in his books about love,” he said. “He did not really know much about ordinary life, he never had a job, he never had a marriage, he didn’t have children.... Love was something that was clearly totally absent from his life.”

In fact, Roth was twice married, worked as a teacher, and had many friendships and relationships. His books are filled with loving portraits of his parents and his brother. Not that a novelist needs either marriage or children to be great: Jane Austen and Flannery O’Connor, both better writers than Roth, died unmarried and childless.

As for Roth’s supposed anti-Americanism, Zadie Smith was closer to the mark when she wrote in The New Yorker that “Roth was an unusually patriotic writer, but his love for his country never outweighed or obscured his curiosity about it. He always wanted to know America, in its beauty and its utter brutality, and to see it in the round: the noble ideals, the bloody reality.”

Podhoretz’s conflation of criticism of America with anti-Americanism is fitting, though, since that was one the main reasons Commentary and Roth parted ways. It’s just a shame that Roth is no longer around to satirize a second Podhoretz.