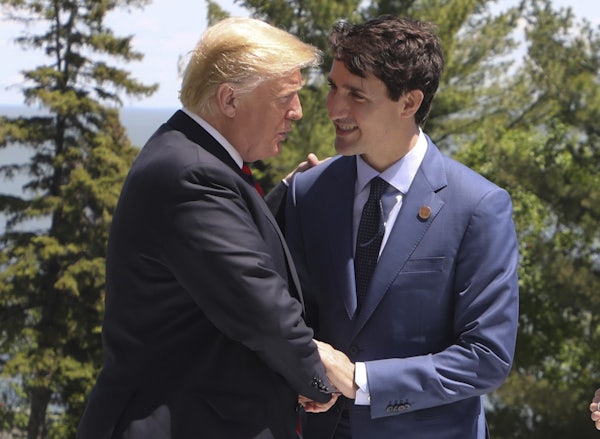 Amidst a war of words, North America wins the 2026 World Cup.

FIFA announced on Wednesday that the United States, Canada, and Mexico would host the World Cup in 2026, the first triple joint bid in history. The “United” bid promised FIFA a profit of $11 billion, per The New York Times, outstripping competitor Morocco, which would have produced $5 billion.

The tournament will occur primarily on American turf: Of the 80 matches, 60 will be held in the United States. The continental venue represents the largest ever in terms of square mileage. The distance between the two farthest cities under consideration for hosting games (Mexico City, Mexico, and Edmonton, Canada) is 2972.64 miles.

The announcement, ironically, comes at a time of immense tension between the United States, Canada, and Mexico, with a possible trade war on the horizon. Following the G-7 summit this weekend, President Donald Trump and his allies assailed Canadian Prime Minister Justin Trudeau for being “dishonest and weak” and said he “deserved a special place in hell.” Trump’s relationship with Mexico might be even testier, with Trump ordering the deployment of the National Guard to the Mexican border in April to confront undocumented immigrants.

On Twitter, at least, the leaders of the three countries responded to the World Cup news with civility: