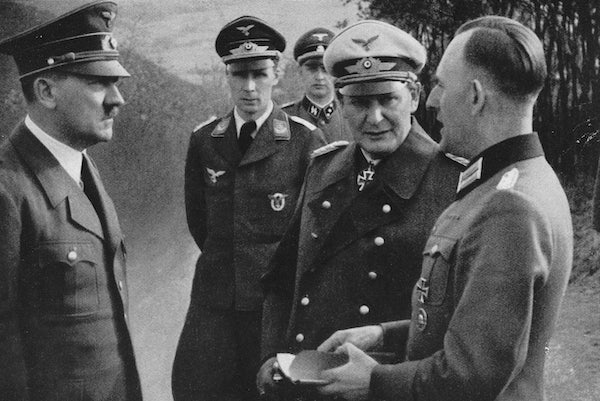 How much credit should we give Trump for not annexing Austria?

On Monday night, Fox News’ Laura Ingraham asked Attorney General Jeff Sessions about the comparisons some lawmakers were drawing between the Trump administration’s policy of family separation at the border and Nazi Germany’s treatment of minorities. “It’s a real exaggeration,” Sessions responded. “In Nazi Germany, they were keeping the Jews from leaving the country but this is a serious matter.” Sessions was wrong on his own terms, as Ezra Klein of Vox noted.

“In October 1938, before the Nazis had developed the plan for the Holocaust, the German government expelled roughly 17,000 Jews with Polish citizenship living in Germany,” Klein wrote. “At this point, the Nazis hadn’t yet figured out what they wanted to do to their Jewish population and were exploring mass expulsions as an option.” Nazi deportation policy involved breaking up families.

But beyond the historical error, the striking thing about Sessions’s defense was how narrowly it was cast. Whether they are appropriate or not, Nazi analogies rest on broad similarities of motive (racism) and practice (cruelty) rather than detailed concerns about specific tactics.

The implicit argument here is that if Trump doesn’t mirror Nazi Germany in every detail, there is no analogy to be made. The next step is to give Trump credit for not invading Poland or trying to commit full-scale genocide against Jews and Roma in Eastern Europe.