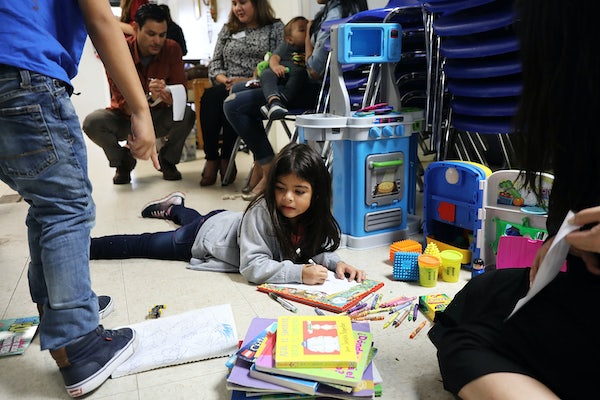 The perils of using DNA tests to reunite migrant children with their parents.

Representative Jackie Speier, a Democrat from California, on Thursday called on the genealogy website 23andMe to provide DNA tests to help identify migrant children separated from their parents by the Trump administration. Although well-intentioned, the proposal raises multiple ethical and legal questions.

The Trump administration has separated more than 2,300 migrant kids from their parents so far. Trump signed an executive order on Wednesday that sought to halt the separations, but hasn’t made clear how the government would reunite families it already broke apart. While many separated children are eventually placed in the custody of close family members, others are not. The chaos caused by the separations has raised fears that some children might not be reunited with their parents at all. John Sandweg, a former director of Immigration and Customs Enforcement, told NBC News this week that the administration’s policy “could create thousands of immigrant orphans.”

Using DNA tests to help find those children’s parents might not be as straightforward as it sounds. In April, I wrote about the concerns raised by legal experts when police in California used a commercial genealogy database to track down a suspect in the Golden State Killer case. Catching a serial killer is a worthy goal, but law enforcement might not always use the system for noble ends. Testing can also produce false positives: Investigators on that case first questioned an innocent man who was an apparent match to DNA found at a crime scene.

It’s unclear whether HIPAA, the federal medical-privacy law, would even allow the government to obtain DNA samples from migrant children who can’t give informed consent. And even if the government could lawfully collect the sample, there’s the question of whether it should. Can Americans really trust Donald Trump, who rose to power by demonizing undocumented immigrants, to collect a database of those immigrants’ genetic information?