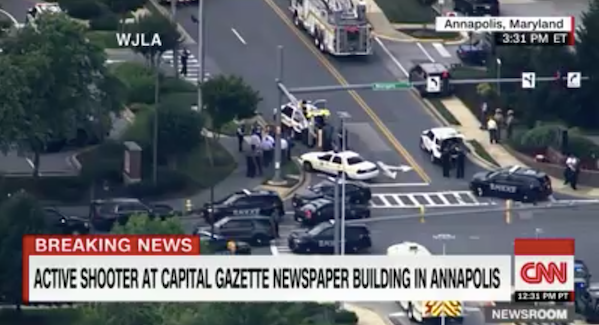 Multiple people have been shot at the offices of an Annapolis newspaper.

Police have confirmed that there was an active shooter at the offices of the Annapolis Capital Gazette. Early reports, which are subject to change, indicate that five people have been killed and others have been injured. The Capital Gazette is owned by the Baltimore Sun.

The suspected gunman is in custody. CBS reports that he is “white, male, in his 20s, had no ID on him and refusing to identify himself.”

Phil Davis, who covers crime for the Capital Gazette, sent out these tweets after the shooting, which began shortly after 2:30 on Thursday, concluded.

The shooter’s motive is not yet known.