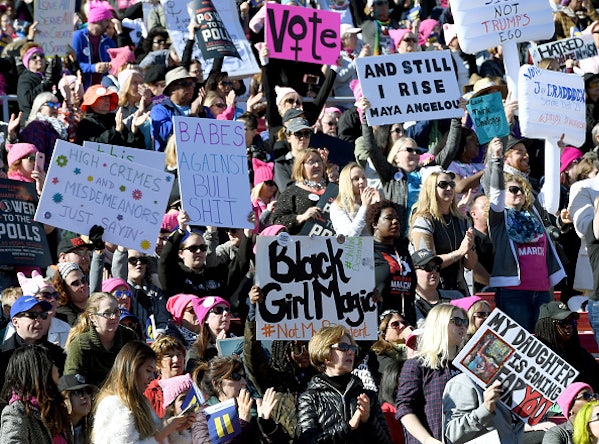 If there’s a blue wave this fall, it will be thanks to women.

This midterm election season has seen a spike of female candidates in races for Congress, with Democratic women making up 310 of the 417 women filed to run. Women are running and voting in increasing numbers, as Jill Filipovic noted in The New Republic, defining themselves as leaders of the Democratic push this fall.

The women’s vote has received new attention as Congress prepares for a partisan fight over Anthony Kennedy’s Supreme Court replacement, who could very well be the deciding vote that overturns Roe v. Wade. The Quinnipiac poll also reveals that 63 percent of voters agree with the Roe decision granting the right to an abortion, while only 31 percent disagree.