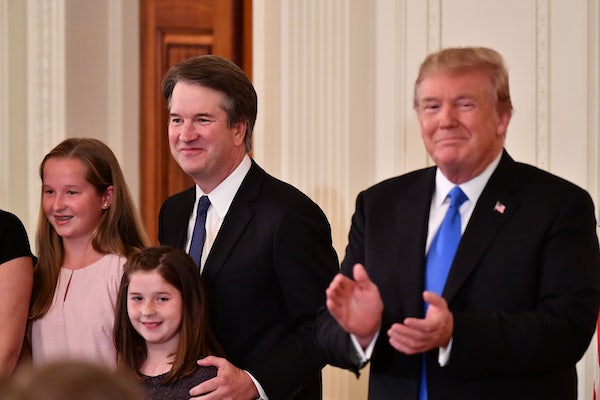 If Democrats want to fight Brett Kavanaugh, they have a lot of ammunition.

President Donald Trump’s Supreme Court nominee, Brett Kavanaugh, is a safe choice for a Republican president. Kavanaugh won’t excite the base the way Judge Amy Coney Barrett would have. But Kavanaugh is a solid, Federalist Society–certified conservative judge, well to the right of Chief Justice John Roberts if not quite as extreme as Justice Clarence Thomas.

For liberals, who face an uphill battle to defeat the nomination, Kavanaugh at least has the benefit of being a juicy target. There are many important issues Kavanaugh can be attacked on in ways that will excite the Democratic base. As Matt Ford suggested in The New Republic, now is the time for Democrats to get serious about putting the composition of the court front and center as an election issue. Kavanaugh is extreme enough that Democrats can usefully deploy him as foil.

Here are some key issues they can highlight.

2. Subservience to Trump on presidential exemption from legal prosecution.

4. General use of the courts to advance a conservative agenda.