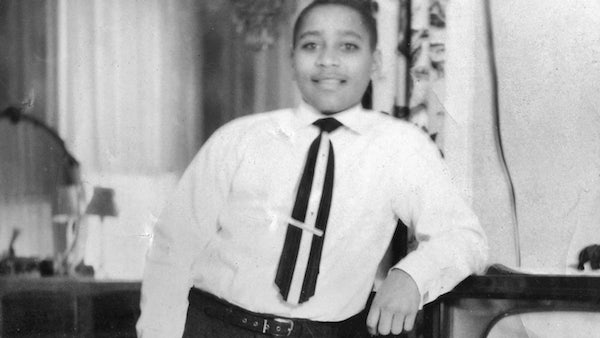 The Emmett Till case has been reopened.

The Associated Press reports that due to “new information,” the Justice Department is reinvestigating the black teenager’s murder in Money, Mississippi, in 1955.

Two white men kidnapped, beat, and shot Till, then dumped his body in a river. Carolyn Donham, one of the men’s wives, had claimed that Till whistled at her outside of a store, and then proceeded to make crude verbal and physical advances towards her. She testified in court that the 14-year-old said he had been “with white women before.” The two men were acquitted, but later confessed in a magazine interview. They were never retried, and have since died.

In a book published last year, The Blood of Emmett Till, Duke University scholar Timothy B. Tyson revealed that in 2007, at age 72, Donham admitted that Till had not whistled at her, and she said couldn’t remember the rest of the incident.

Last month, senators Cory Booker, Kamala Harris, and Tim Scott introduced legislation to make lynching a federal hate crime. As The New York Times noted, “Nearly 200 anti-lynching bills were introduced in Congress from 1882 to 1986. None were approved.” But this bill seems stand a better chance, as it has the support of the Republican leader of the Senate, Mitch McConnell.

“I thought we did that many years ago,” McConnell said in a radio interview in June. “I hadn’t thought about it, I thought that was done back during L.B.J. or some period like that.” He added, “If we need one at the federal level, I certainly will support it.”