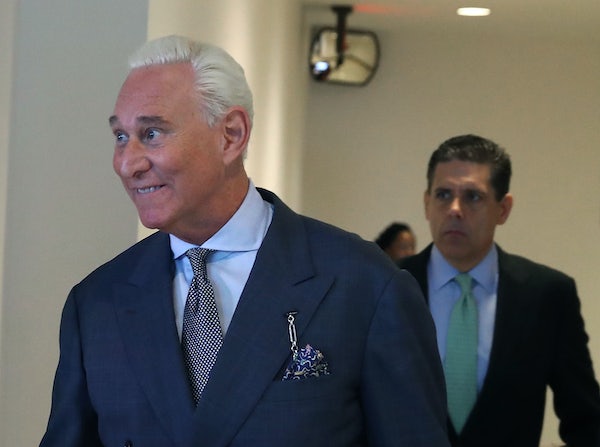 The indictments go counter to alternative narratives put forward by both Trump and his supporters that the hacking could have been done by parties other than the Russian state.

The indictments name the hacker Guccifer 2.0 as a Russian agent. Roger Stone, a longtime informal advisor to Trump who had contact with Guccifer 2.0 in 2016, has repeatedly argued against this view.

“I have some news for Hillary and Democrats—I think I’ve got the real culprit,” Stone wrote in Breitbart in August 2016. “It doesn’t seem to be the Russians that hacked the DNC, but instead a hacker who goes by the name of Guccifer 2.0.”

If the indictments hold up, then the attempts by Trump and Stone to suggest non-Russian sources for the hacking can be dismissed.

Although the indictments do not charge any Americans, they do describe several Americans as interacting with the Russian government hackers.

One of those Americans is a congressional candidate:

Another person who interacted with Guccifer 2.0 was someone who had contact with the Trump administration:

These individuals are unnamed and not charged with any crime. But they have every reason to be nervous.