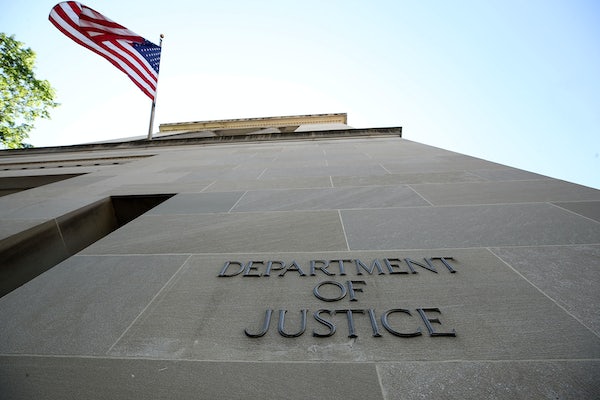 A gun rights advocate was just arrested and charged with acting as a Russian agent.

On Monday afternoon, hours after President Trump sided with Russian President Vladimir Putin over U.S. intelligence agencies at a Helisnki press conference, the Department of Justice announced that Maria Butina, a 29-year-old Russian woman had been arrested and charged with “conspiracy to act as an agent of the Russian Federation.” Her arrest comes days after special counsel Robert Mueller indicted 12 Russian intelligence officers, though it is not yet clear whether the special counsel’s office played a role.

Butina worked closely with Russian banker Alexander Torshin—the two co-founded the Russian gun rights organization Right to Bear Arms. According to the indictment released on Monday, Butina also had close ties with Russian officials and she used ties with gun groups in the United States—most notably the National Rifle Association—to advance Russian interests. Between 2015-2017, Butina developed deep ties to the NRA, who not only welcomed her, but appear to have facilitated contact with Republican officials.

The arrest of Butina also changes the timeline of Russian involvement in the 2016 election. While the Kremlin has been deepening ties with the NRA (in an attempt to influence the GOP)  for decades, Butina’s alleged work as a Russian agent began months before Donald Trump entered the presidential race, while she contacted Republican officials, including Sheriff David Clarke, as far back as 2013. Although Russia clearly favored Trump—something Putin admitted in Monday’s press conference—it now seems they began fishing for contact with Republicans years ago.