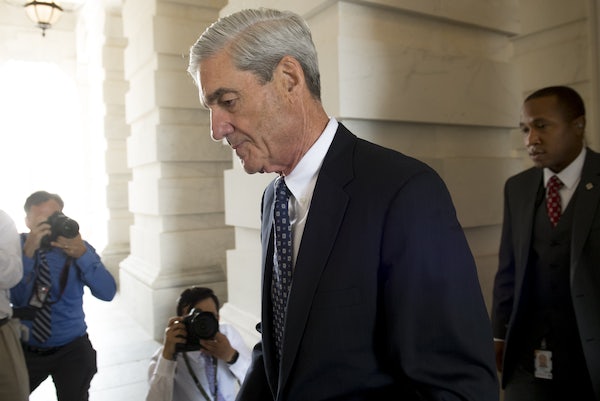 Does Trump think he can sweet talk his way out of the Mueller investigation?

The New York Times is reporting that the president is willing to talk to special counsel Robert Mueller.

“President Trump pushed his lawyers in recent days to try once again to reach an agreement with the special counsel’s office about him sitting for an interview, flouting their advice that he should not answer investigators’ questions, three people briefed on the matter said on Wednesday,” the Times observes. “Mr. Trump has told advisers he is eager to meet with investigators to clear himself of wrongdoing, the people said. In effect, he believes he can convince the investigators for the special counsel, Robert S. Mueller III, of his belief that their own inquiry is a ‘witch hunt.’”

Trump’s eagerness to have a tête-à-tête with Mueller is striking considering the fact that Rudy Giuliani, the president’s lawyer, previously worried the special counsel was setting a “perjury trap” for his client. Further, this report is at odds with Trump’s public rhetoric, which has been increasingly hostile to Mueller.

Julian Sanchez, a senior fellow at the Cato Institute, speculates that Trump might think that the salesman patter that has served him so well in life could also work with the special counsel: