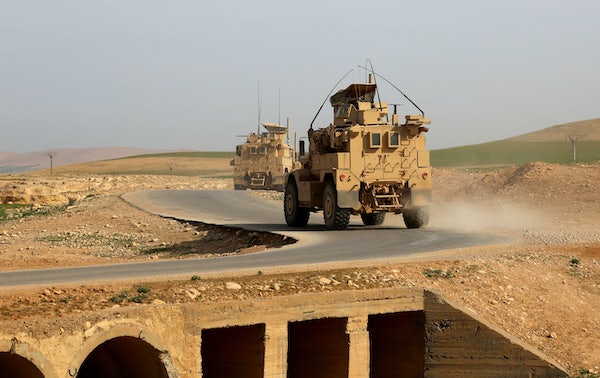 The Pentagon is covering up the shooting of a Marine in Syria.

Task & Purpose is reporting that the military is covering up a February 2018 incident where an American Marine, Sargent Cameron Halkovich, stationed in Syria was deliberately shot by an allied Kurdish soldier. The shooting was no accident but something close to a fragging, albeit involving allies.

Halkovich was part of a forward surgical team of Marines stationed in an Army-run base in Deir al-Zour Province. Their task was to advise and assist a platoon-sized contingent of the Syrian Democratic Forces (SDF)

Prior to the shooting, there was rising tension between the Marines and the SDF. In early February of 2018, not long before the shooting, Halkovich and Corporal Kane Downey got into an argument with SDF over helping a group of wounded civilians who had approached the base. Halkovich and Downey worked to help the civilians but, as Task & Purpose reports, “The SDF told the Marines no, in clear violation of the Geneva Conventions, which strictly prohibits withholding medical assistance or discriminating in providing care.” The SDF soldiers refused to help the wounded civilians because they were not Kurdish.

Task & Purpose adds, “Halkovich and Downey pushed the SDF soldiers out of the way and opened the gate, amid screaming from both sides in English and Arabic. They moved concertina wire aside while another Marine called in a mass casualty to the Army surgical team. Others placed victims on litters and shuffled them in.” The conflict only increased tensions between the Marines and their allies. “The Kurds even threatened to kick the Marines out of the compound for their humanitarian act.”

Halkovich was shot while on night patrol with Downey. An SDF soldier had left his post and ambushed the Marine. The SDF soldier was shot dead by Downey.

The Pentagon has refused to comment on the incident, although both Halkovich and Downey have received medals. Possibly the military fears public exposure would cause tension with America’s allies and erode support for the mission in Syria.

“It’s kind of ridiculous that a Marine gets shot and nobody hears about it,” a source told Task & Purpose. “It kind of blows my mind.”