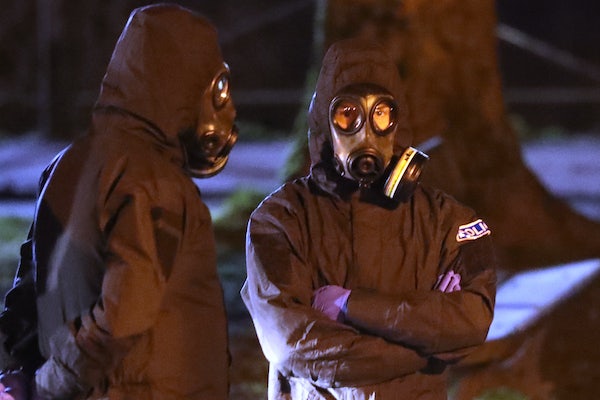 On Wednesday, the Trump administration announced that they would be imposing sanctions on Russia in retaliation for its use of nerve agent in Britain last March in an attempted assassination. The move came at the instigation of Congress. Two weeks after the attack occurred, President Trump signed a statement with the leaders of France, Germany, and Britain that blamed Russia for the attack.

As a consequence of that statement, The Washington Post notes, “Rep. Edward R. Royce (R-Calif.) chairman of the House Foreign Affairs Committee, in a letter sent to Trump shortly after the Skripal attack, said he was encouraged by the joint statement Trump signed with allies. But he also reminded the administration of the 1991 legislation and asked for an official determination of whether Russia had violated it.”

In a helpful Twitter thread, CNN national security correspondent Jim Sciutto emphasized that the Trump administration’s hand had been forced.

Given this analysis, we’ll see the true shape of Trump’s Russia policy in three months.