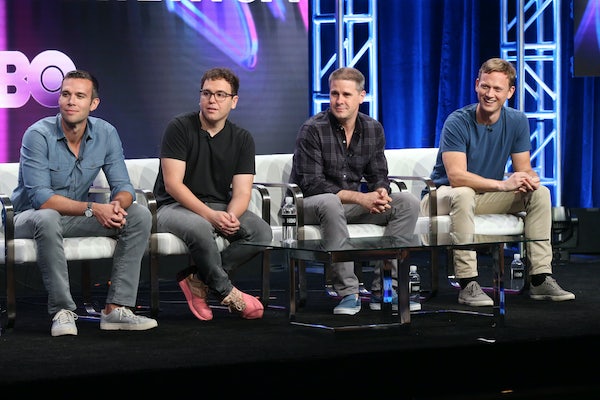 The White House is in thrall of another weird anti-Obama conspiracy theory.

On Thursday night, New Yorker staff writers Adam Entous and Ronan Farrow revealed that a strange memo, which posited that the Trump administration was being sabotaged by a cabal of former Obama aides, had circulated in early 2017 in White House circles, including among the National Security Council (NSC). The memo labelled the conspirators “The Echo Chamber” (after a phrase used in a magazine profile of Ben Rhodes, former deputy national security advisor to Obama). Among those named in the memo are former White House officials such as Colin Kahl, Jon Favreau, Tommy Vietor and Dan Pfeiffer.

According to the memo, “The communications infrastructure that the Obama admin used to sell Obamacare and the Iran Deal to the public (‘Echo Chamber’) has been shifted from the White House into the private sector, and is now being used to undermine President Trump’s foreign policy. Some of the members of this network refer to themselves as ‘the resistance.’”

The memo theorizes that these erstwhile Obama officials and their alleged allies in the media (such as Atlantic editor Jeffrey Goldberg and NBC News’s Andrea Mitchell) act as a co-ordinated unit to subvert the Trump administration, including targeting individuals like former White House aide Sebastian Gorka.

The authorship of this conspiracy theory memo are still mysterious. Entous and Farrow note that it does bear a striking resemblance to opposition research done by Black Cube, an Israeli private intelligence firm. (Black Cube is most famous for working for disgraced Hollywood producer Harvey Weinstein, who hired the firm to spy on actresses who accused him of sexual harassment.)

“In May, 2017, that firm, Black Cube, provided its operatives with instructions and other briefing materials that included the same ideas and names discussed in the memo,” Entous and Farrow write. “The Black Cube documents obtained by The New Yorker referred to Rhodes and Kahl, arguing that they were using allies in the media to undermine the Trump Administration.” Black Cube operatives seem to have adopted false identities in order to secure private information about Rhodes and Kahl.

The strange thing about the Echo Chamber theory is that it takes something fairly banal (the fact that prominent Democrats and liberals are critical of Trump) and turns it into a narrative of secretive sinister machinations. After all, many of the figures named appear on the podcasts hosted by Crooked Media, where their opposition to Trump is no secret.