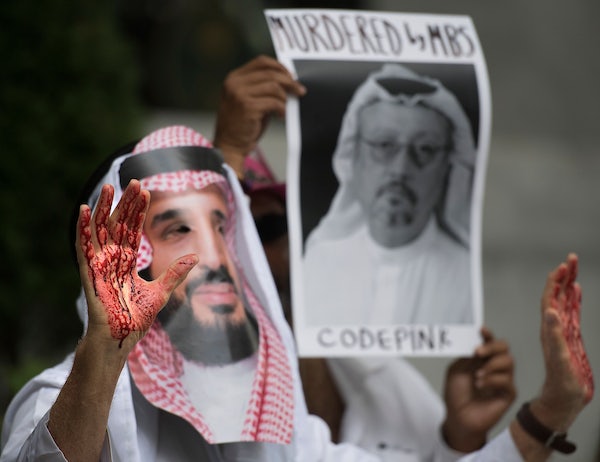 The New York Times is reporting that the Turkish government has provided the CIA with audio recordings that implicate Mohammed bin Salman in the killing of the Washington Post columnist, which the Saudi government acknowledges happened in its consulate in Istanbul in October. The recordings are of a phone conversation between Abdulaziz Mutreb, one of the fifteen men who participated in the killing, and one of Bin Salman’s aides. Mutreb is heard saying “tell your boss” the mission had been completed. Mutreb also says, “the deed was done.” The recording is not definitive, because the prince is not named, but it is very suggestive.

There are hopes that congressional pressure might push the Trump administration, which has been reluctant to punish the Saudi government over the killing, toward a stronger stance against Saudi Arabia.

But Democratic congressman Adam Schiff, who is set to soon lead the House intelligence committee, believes that the new evidence might not be enough for the Trump administration. “The Trump family and the president have built up such an overwhelming reliance on the crown prince that the relationship is now, in their view, too big to fail,” Schiff observed.

Aside from the phone call described in the latest report, it is worth noting that Mutreb himself has close ties to the prince. In an earlier article in October, the Times reported, “at least nine of 15 suspects identified by Turkish authorities worked for the Saudi security services, military or other government ministries. One of them, Maher Abdulaziz Mutreb, was a diplomat assigned to the Saudi Embassy in London in 2007, according to a British diplomatic roster. He traveled extensively with the crown prince, perhaps as a bodyguard.”