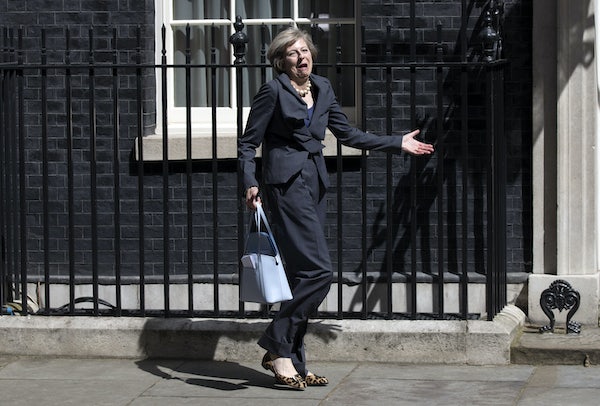 Theresa May is pushing forward with Brexit even as her government crumbles.

Less than 24 hours after getting her cabinet to sign on a Brexit agreement, the British Prime Minister is facing a mutiny within her own party and renewed attacks from the opposition. On Wednesday after a tense five-hour cabinet meeting, May got her cabinet to sign on with a Brexit plan that would see the United Kingdom enter into a de facto custom union with the European Union, with Northern Ireland (which shares a border with the EU via Ireland) being subject to more EU regulations than the rest of the country.

This attempt to find a middle ground between a complete exit from the EU and continued membership has upset all sides, with opponents of the EU membership saying it isn’t really Brexit and supporters of the EU saying it goes too far in the direction of Brexit. This has resulted in a spate of resignations in the past twenty-four hours, including Dominic Raab, the Brexit secretary, and Esther McVey, the work and pensions secretary. (Boris Johnson, the foreign secretary widely believed to have his eye on May’s job, resigned in July, following the exits of Brexit secretary David Davis and Department for Exiting the EU minister Steve Baker.)

The quick loss of two cabinet members could be the start of a wider insurrection. The hardline Brexit faction has enough votes in Parliament to force a vote of no confidence. The open question is whether they’d be joined by enough other factions within Parliament to topple the government.

As The New York Times observes, the problem May faces is that her Brexit plan is uniting different factions of the political spectrum in opposition. “Worryingly for Mrs. May, many of her enemies, on both the right and the left, are converging around the view that the compromise she has carefully forged is the worst of both worlds, leaving Britain without a voice in the European Union but still subject to many of its trade rules,” the newspaper notes. “Several leading Brexit supporters have characterized the draft deal as worse than membership in the bloc they find so objectionable.”

Politico offers a similar analysis, pointing out that, “only a handful of Conservative MPs spoke up in support, and May was met with fierce opposition from the Labour party, from Brexiteer MPs within her own party and from her Northern Irish backers, the Democratic Unionist Party.”