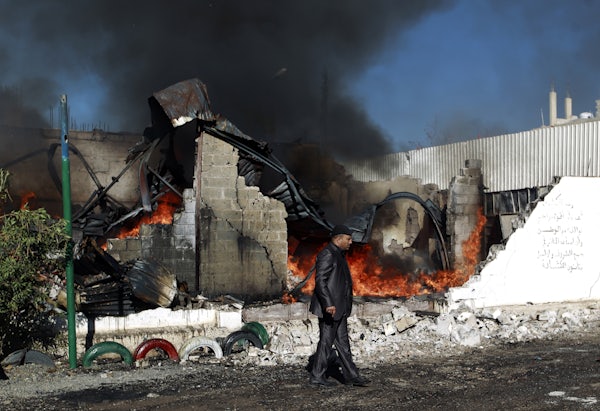 President Trump and the lame duck GOP Congress are backing Saudi Arabia to the hilt.

On Wednesday, Republicans in the House of Representatives blocked a Democratic measure to bring congressional oversight to American participation in the Yemen war. The United States is part of a Saudi-led coalition fighting against Houthi rebels in a conflict that is taking an increasingly severe toll on Yemen’s civilian population. As Axios reports, “Republicans voted to strip the bill, which would have withdrew support of the Saudis’ presence, of privilege, meaning that Republicans can essentially ignore the bill until Democrats take control of the House in January.”

Democratic congressman Ro Khanna, who spearheaded the resolution, tweeted: “It’s unfortunate that the Republicans broke precedent and blocked our resolution to end U.S. involvement in the war in Yemen. They are abdicating congressional oversight duties on their way out of power.”

The matter is unlikely to end here. Democrats have promised greater congressional scrutiny of foreign policy. Both the Yemen War and the alliance with Saudi Arabia are becoming less popular with political leaders from both parties, especially after agents of the Saudi government murdered the American-Saudi journalist Jamal Khashoggi. As

As Axios argues, “The presumptive leaders of the incoming Democratic majority in the House have indicated they intend to expand foreign policy oversight, including over U.S. involvement in the Yemeni conflict. This will increase pressure on the Trump administration, which has supported Saudi Arabia’s foreign policy objectives and cultivated a close relationship with Crown Prince Mohamed bin Salman.”

Symptomatic of the closeness of the Trump administration to the Saudi autocrat is extraordinary efforts made to help cover up Bin Salman’s possible role in the Khashoggi killing. NBC News is reporting that “the White House is looking for ways to remove an enemy of Turkish President Recep Erdogan from the U.S. in order to placate Turkey over the murder of journalist Jamal Khashoggi.” The Turkish government has long wanted to extradite the cleric Fethullah Gulen, who lives in the United States. The Trump administration seems to have hoped that if they could accommodate this request, the Turkish government would go easier on Saudi Arabia over Khashoggi’s killing.