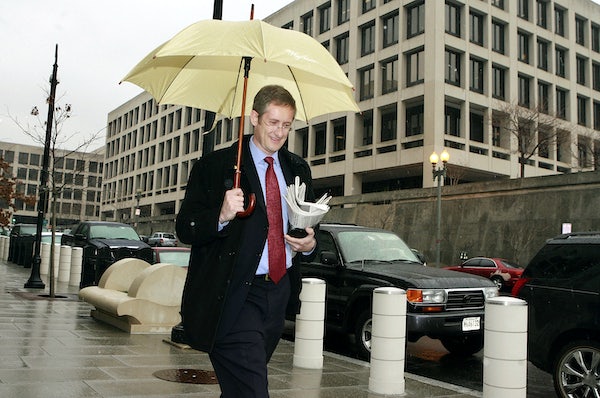 The Mueller probe is going beyond Russian interference and looking at Saudi Arabia and other countries.

Writing in The Daily Beast, Erin Banco and Betsy Woodruff are reporting that special counsel Robert Mueller has been interviewing former Dick Cheney aid John Hannah, a sign that the investigation is expanding beyond its original purview and now looking at possible foreign interference in the 2016 election by other nations. Hannah, a stalwart figure in Republican foreign policy circles, has extensive ties to the governments such as Saudi Arabia, the United Arab Emirates, and Israel.

According to Banco and Woodruff, “Mueller’s team has been looking into the communications and political dealings of John Hannah, the former Cheney adviser who later worked on Trump’s State Department transition team. This includes interactions with Lebanese-American businessman and fixer George Nader, who brokered meetings between foreign dignitaries and Team Trump, and Joel Zamel, a self-proclaimed social-media guru with deep ties to Israeli intelligence.”

In 2016, Zamel’s company Psy Group attempted to sell its services as a social media influencer to the Trump campaign. According to the Daily Beast, Zamel was “trying to sell the Trump campaign on an online influence strategy and was communicating with several Trump officials, including Rick Gates, who has since pleaded guilty to conspiracy and lying to the FBI.”

A plan was presented to Donald Trump Jr., but there are conflicting accounts as to whether the services of Psy Group were used or not. In early 2017, the trio of Hannah, Zamel and Nader were instrumental in arranging a meeting between a Saudi general and members of Trump’s transition team, including Michael Flynn, who later became Trump’s first National Security advisor. The topic of discussion was overthrowing the Iranian regime.