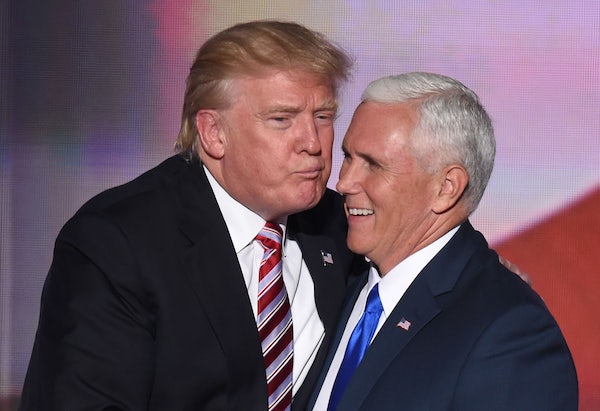 Last Wednesday President Donald Trump affirmed his desire to keep Vice President Mike Pence on the ticket for the 2020 election in the most public way possible, by asking “Mike, will you be my running mate?” at a press conference. But, as The New York Times reports, the surface bonhomie of the Trump/Pence relationship hides an undercurrent of distrust.

“In recent weeks, with his electoral prospects two years from now much on his mind, Mr. Trump has focused on the person who has most publicly tethered his fortunes to him,” the newspaper notes. “In one conversation after another he has asked aides and advisers a pointed question: Is Mike Pence loyal?”

The Times adds that “Mr. Trump has repeated the question so many times that he has alarmed some of his advisers. The president has not openly suggested dropping Mr. Pence from the ticket and picking another running mate, but the advisers say those kinds of questions usually indicate that he has grown irritated with someone.”

These reasons behind these questions are unclear. Aside from a brief expression of disapproval in October 2016 when the Access Hollywood tape was released, Pence has been as loyal a soldier as the president could want. Pence has helped secure Trump’s support among evangelical Christians, a key part of the Republican coalition. But since Times has now established his own popularity with those voters, Pence might be superfluous. Trump has shown a propensity for liking to keep his underlings uncertain of their status, so they struggle harder to please him. Mike Pence would be foolish to think his position is secure.