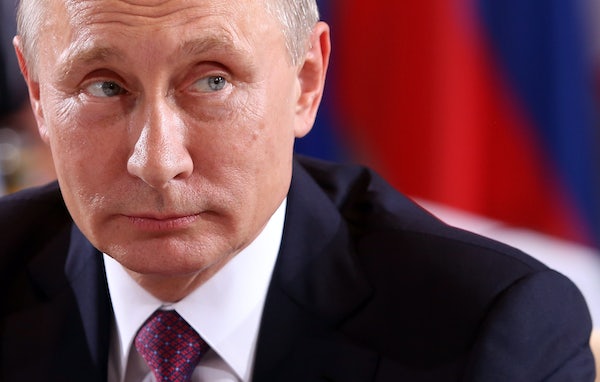 Interpol’s crisis will only get worse if they pick Russian president.

Interpol, the international organization that helps police in more than 190 nations coordinate transnational problems, might soon be headed by Alexander Prokopchuk, a senior Russian official who has been active in targeting opponents of Vladimir Putin. Prokopchuk is a leading candidate for the position of Interpol president, which is voted on by member nations.

The selection of Prokopchuk comes at a strange juncture in Interpol’s history. The previous president of Interpol, Meng Hongwei, has been missing for two months. Meng is a Chinese national and disappeared after returning to his home country. It is widely believed that he is either detained by the Chinese government or was executed. Weng’s disappearance is as sharp an illustration as one could hope of the dangers of handing over rein of Interpol to a citizen of an autocratic regime.

Writing in Bloomberg Opinion, Eli Lake connected Prokopchuk to the Russian government’s habit of abusing international policing to target political opponents. “It’s not just that Russia itself has abused Interpol’s system of issuing notices for arrest warrants to the national police of member states, known as red notices,” Lake notes but also that Prokopchuk has been the most prominent Russian figure who has abused this system.

Lake adds that, “The most famous victim of this kind of abuse is the hedge fund manager William Browder. Browder’s lawyer, Sergei Magnitsky, died in a Russian prison in 2009 after exposing embezzlement by government officials. Browder then lobbied, tirelessly and successfully, for the Magnitsky Act, which imposes sanctions against government officials who commit grave human-rights abuses. Russia has issued red notices for Browder, an American-born citizen of the U.K.”

With many Western governments trying to ramp up Magnitsky Act style sanctions against Russia, the election of Prokopchuk to head Interpol would give Vladimir Putin’s government a powerful tool to retaliate.

Formed in 1923, Interpol was originally known as The International Criminal Police Organization (or Organisation internationale de police criminelle, the ICPC). In 1940, leadership of the ICPC was given to Reinhard Heydrich, a Nazi official and one of the key architects of the Holocaust. Heydrich moved the headquaters of ICPC to Berlin and made it a tool of the German state. The organization rebranded itself as Interpol after the war.