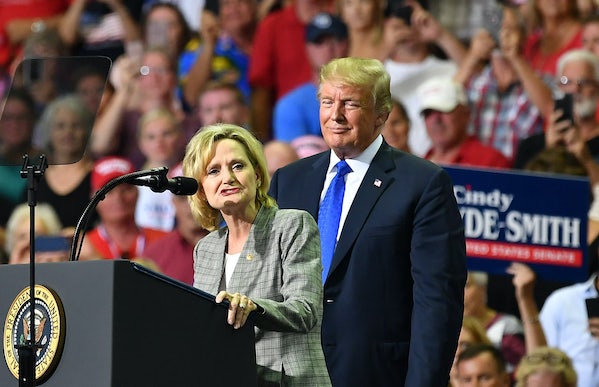 Walmart and other corporations are pulling support of senator after “public hanging” remark.

Republican Senator Cindy Hyde-Smith of Mississippi is losing the support of major corporations in a backlash to comments she made earlier this month. On November 2, while standing next to a supporter, Hyde-Smith said, “if he invited me to a public hanging I’d be on the front row.” The remarks were widely seen as an allusion to lynching.

Walmart contributed $2,000 to Hyde-Smith’s campaign. After receiving public criticism for the donation, including a tweet from the actress Debra Messing, the retail juggernaut said it was asking for the donation back:

Two other corporations, Union Pacific and Boston Scientific, have also withdrawn their donations to Hyde-Smith.

Hyde-Smith is widely expected to win the run-off election later this month, but Democrats reportedly believe that her remarks might energize their base and make the election much closer than expected.