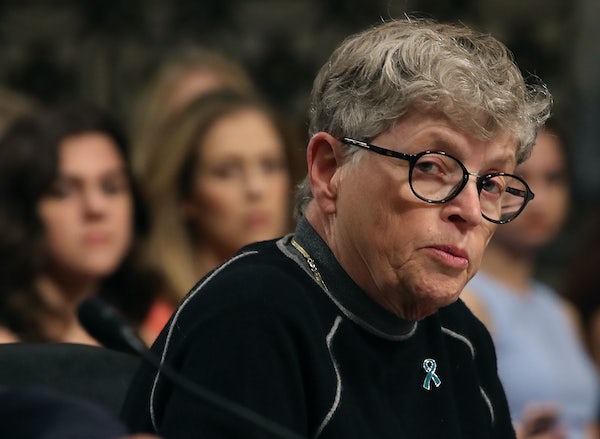 The Lansing State Journal is reporting that Lou Anna Simon, until earlier this year the president of Michigan State University (MSU), was “charged today in Eaton County District Court with two felony counts and two misdemeanor counts. She faces up to four years in prison if convicted.” The arrest is a byproduct of the case of Larry Nassar, who had served as sports physician at MSU from 1998 until 2016. The following year he pled guilty to charges of possessing child pornography and sexual assault in a case where more than 200 women have made allegations against him.

Simon served as president of Michigan State University (MSU) from 2005 until earlier this year. In Senate testimony this year, Simon claimed that nobody at the university was aware of Nassar’s abusive activities before 2016. This claim is contradicted by what she has now admitted to the police. As The Lansing State Journal notes, “Simon told State Police investigators that she was aware that in 2014 a sports medicine doctor was the subject of a Title IX investigation. According to the charging document filed by the AG’s Office, she knew it was Nassar who was the subject of that 2014 investigation.”