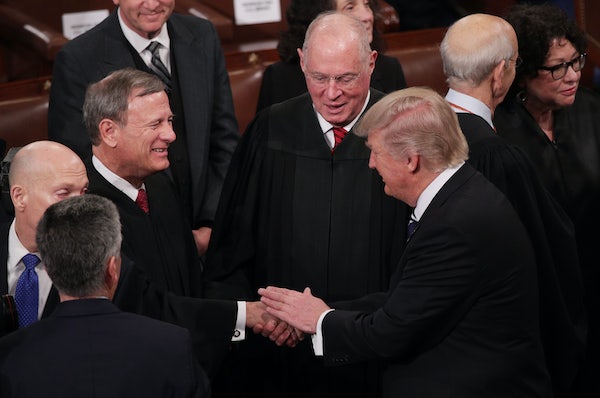 Trump versus Roberts: a battle over judicial legitimacy.

On Wednesday afternoon, President Donald Trump took to Twitter to challenge Chief Justice John Roberts on the integrity of the courts. Earlier in the day, the Associated Press had released an interview with Roberts where he objected to categorizing judges by their political affiliation. “We do not have Obama judges or Trump judges, Bush judges or Clinton judges,” Roberts said. “What we have is an extraordinary group of dedicated judges doing their level best to do equal right to those appearing before them. That independent judiciary is something we should all be thankful for.”

Now that Trump has decided to answer Roberts directly, the Supreme Court justice faces a difficult choice: Does he escalate the war of words (which would further corrode the court’s role as an independent arbiter) or does he abstain from responding (which leaves Trump unanswered). Neither choice is attractive.