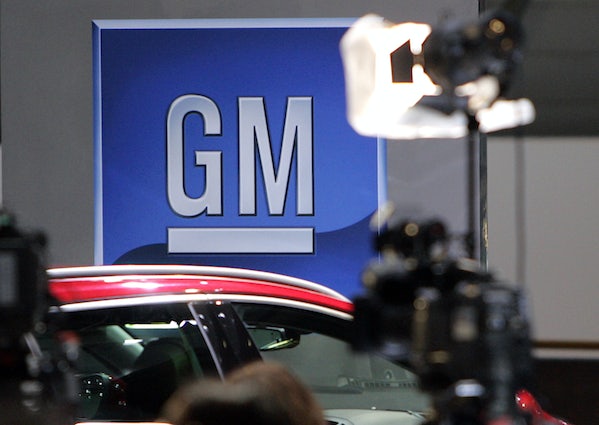 General Motors layoffs could be a harbinger of turbulent economic times.

The automotive giant GM announced on Monday that it was scaling back its North American operations with a 15 percent reduction in the size of its salaried workforce, which will result in the loss of approximately 8,000 jobs.

As The Washington Post notes, the layoffs are an outgrowth of a skittish market.
“GM has been searching for ways to cut costs, as it has suffered sliding sales in recent years in two of its most crucial markets: China and the United States,” the newspaper observes. “In October, it offered buyouts to 18,000 employees, Dow Jones reported. Last year showed signs of the first sustained slowdown since the global financial crisis, with U.S. auto sales falling about one percent in 2017, according to Kelley Blue Book. Continued declines of new car purchases have troubled auto companies, especially as they grapple with technology that may reshape the industry and brace for the impact of the Trump administration’s trade dispute.”

The tariff war initiated by the Trump administration reportedly cost GM $1 billion in higher steel costs. But beyond declining sales and rising costs, GM claims it needs to save money in order to invest in emerging technologies, notably electric cars and self-driving vehicles. As such, GM is making a bold gamble that goes against the grain of President Donald Trump’s preferred economic policies, which are geared towards preserving existing jobs in manufacturing and and in extraction industries. GM is betting that the economy is experiencing transformation, with news technologies about to displace old.

But even if GM’s assessment of the future of the economy is correct, it’s an open question whether the political system should accept it. After all, GM is the beneficiary of massive government spending in both Canada and the United States, which kept it alive after the 2007 recession. There might be compelling public reasons for those nations to take control of an industry that is so crucial to the overall economy. Writing in The Toronto Star, business columnist David Olive asked if it wasn’t time to nationalize GM.

“Nationalizing GM Canada is a compelling proposition,” Olive argues. “It would not only save jobs but create them, as Canada repatriated the engineers, designers and experts in advanced manufacturing who have been obliged to make their careers abroad.”