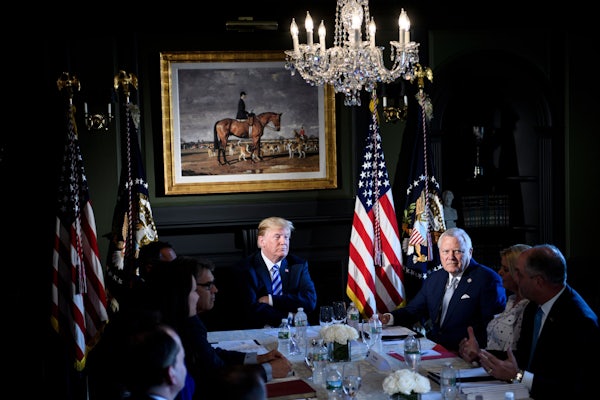 The New York Times has published a detailed profile of Victorina Morales, an undocumented immigrant from Guatemala who has worked since 2013 at the president’s golf course in Bedminster, New Jersey. Morales maintains that management knew about her immigration status when she was hired and on one occasion helped her acquire fake documents.

Morales entered the United States in 1999. When Morales was hired in 2013, she told her supervisor she didn’t have “good papers.” She was told to just bring the papers she used for her previous employment. In 2017, after Donald Trump had won the presidency running on a nativist campaign, Morales and other employees where given a new handbook saying that if they were found with improper documents they could lose their jobs.

That same year, a manager told her she needed a new green card and social security number since the ones she had given before had problems. Morales told her manager, “I don’t know where to get them.”

As The New York Times relates her story:

The manager, she said, suggested she speak with a maintenance employee who he said knew where to acquire new documents. When the maintenance employee told her that the new papers would cost $165, Ms. Morales told the manager that she did not have the money. “He said, ‘don’t worry. I will lend you the money,’” she said.

Ms. Morales said the maintenance worker drove her to a house in Plainfield, N.J., where she waited in his car while he met with someone inside. Ms. Morales said that she had no record or recollection of the address.

The next day, she said, the maintenance worker brought her a new Social Security card and a realistic-looking green card to replace the one that had “expired.” She said the manager made copies of them for files kept at the club’s administrative headquarters.

Morales’s manager may have been trying to help her out, but the actions of the organization stand in sharp contrast to Donald Trump’s fierce anti-immigrant rhetoric, which goes after not just undocumented immigrants but also calls for cutting back on legal immigration.

Since Trump entered politics in 2015, Morales has been appalled by his xenophobia. “We are tired of the abuse, the insults, the way he talks about us when he knows that we are here helping him make money,” Morales told The New York Times. “We sweat it out to attend to his every need and have to put up with his humiliation.”

The New York Times piece contains multiple anecdotes from Morales and others showing their close and largely cordial interactions with Trump during his stays at the golf club.